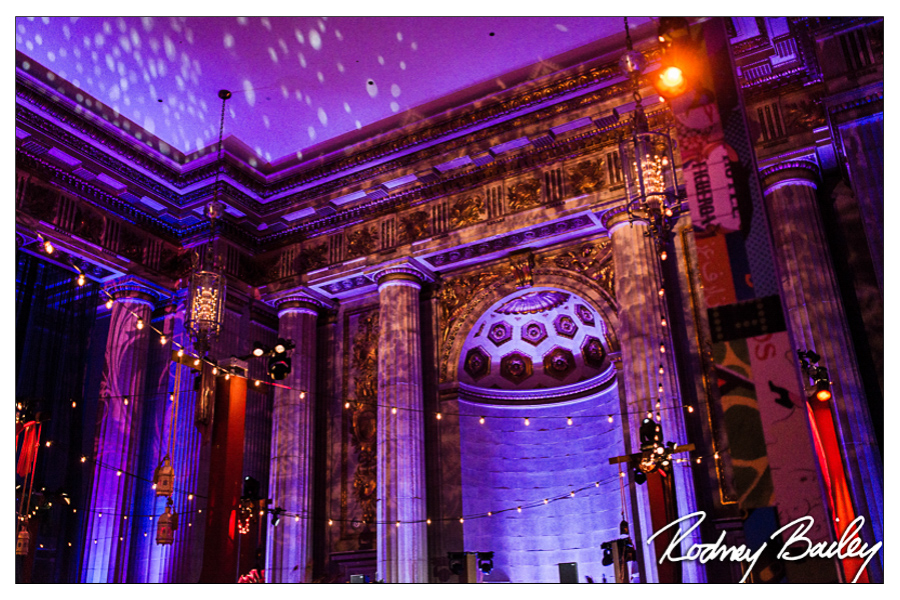 Colorfully Spectacular Washington DC Wedding at the Andrew Mellon Auditorium by Kara Yates at MODwedding:
“When I found out about Holly and Sanjiv’s Washington DC wedding at the Andrew Mellon Auditorium, my eyes lit up at the sight of such a robustly colorful event with equally brilliant lighting and floral design. Wedding Planner and Event Designer Jodi Moraru of EVOKE definitely made a huge splash with this culturally rich celebration featuring dramatic centerpieces and warm gold accents. Having captured every single detail, Rodney Bailey Photography shares an inspiring love story through photos, and we can’t get enough.” 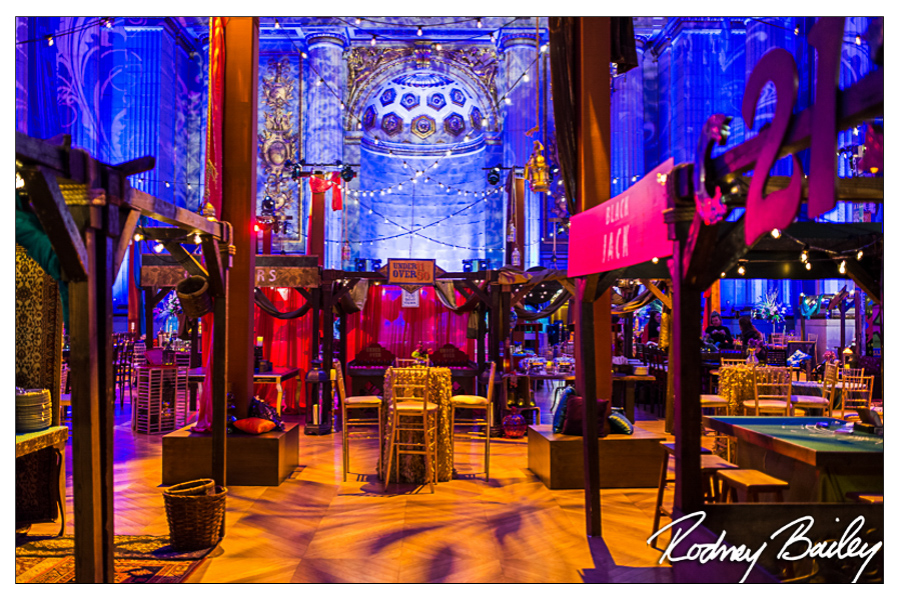 WEDDINGS AT THE MELLON AUDITORIUM:  “For the couple that wants to host a truly magnificent event in a piece of American history, the Mellon Auditorium is the obvious choice for your wedding. The Mellon Auditorium, and the various grand rooms within, come together to create the breathtaking fairytale wedding rarely seen outside of the movies. Hold your ceremony in the Great Hall beset by limestone pillars under an intricate decorative ceiling. Guests will be absolutely awestruck watching you exchange vows against the stunning backdrop. Move into the sleek, classic lobby for cocktail hour while the Great Hall is transformed into a festive space for your lavish reception.”

The capacity of the Andrew W. Mellon Auditorium is limited to 1,000 guests due to the historic nature of the building. 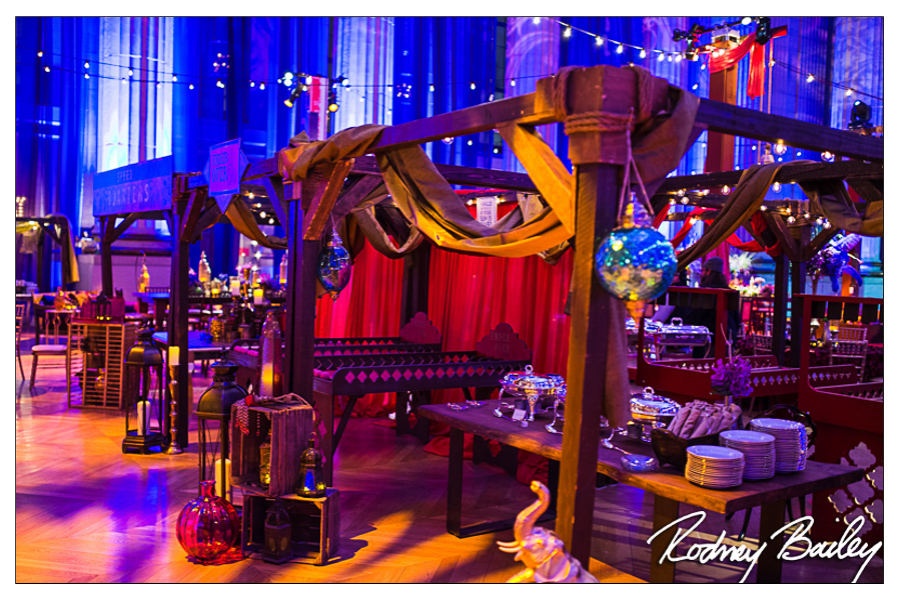 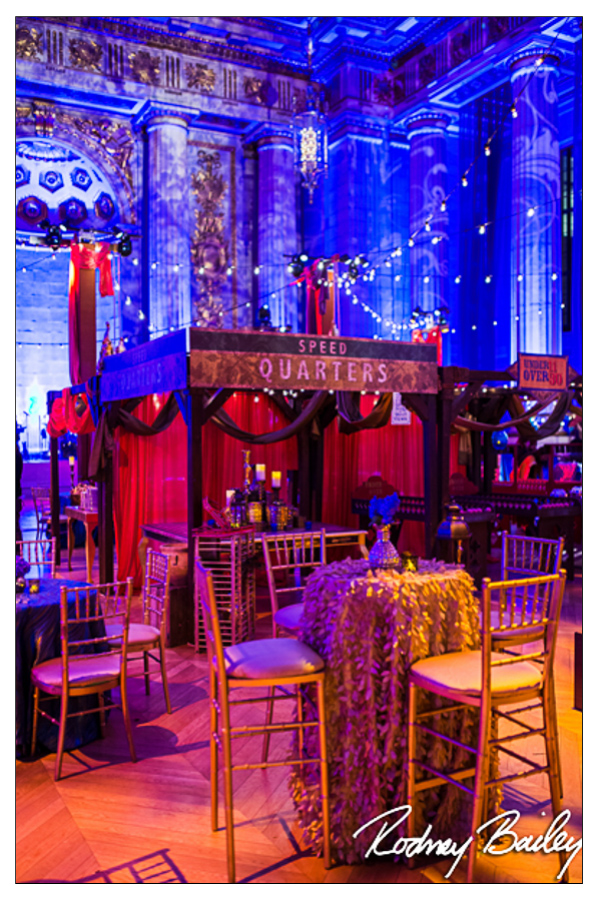 The wedding vendors of this “colorfully spectacular” Washington DC wedding at the Mellon Auditorium included: 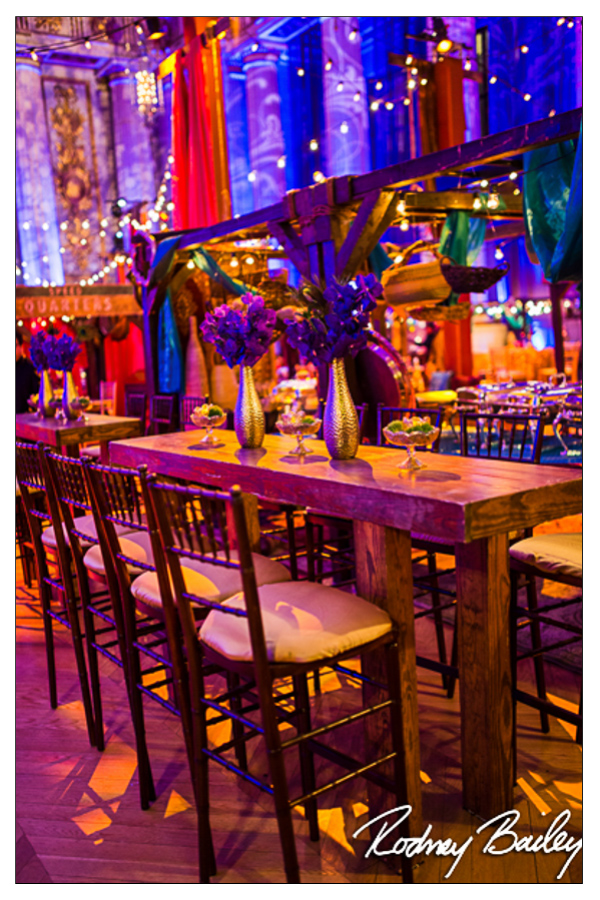 ABOUT THE MELLON AUDITORIUM:  “The Andrew W. Mellon Auditorium is listed in the National Register of Historic Places. The façade of the building is truly spectacular with six colossal fluted Roman Doric columns to create the auditorium’s portico. The gilded auditorium and lobbies are among the nation’s most magnificent interiors. Limestone-finished walls and piers define the space and frame views of the east and west staircases, the lobby, and the breathtaking auditorium beyond designed by American architect Arthur Brown, Jr. The building was renamed in honor of Andrew W. Mellon, who oversaw the development of the Federal Triangle complex while serving as Secretary of the Treasury.” 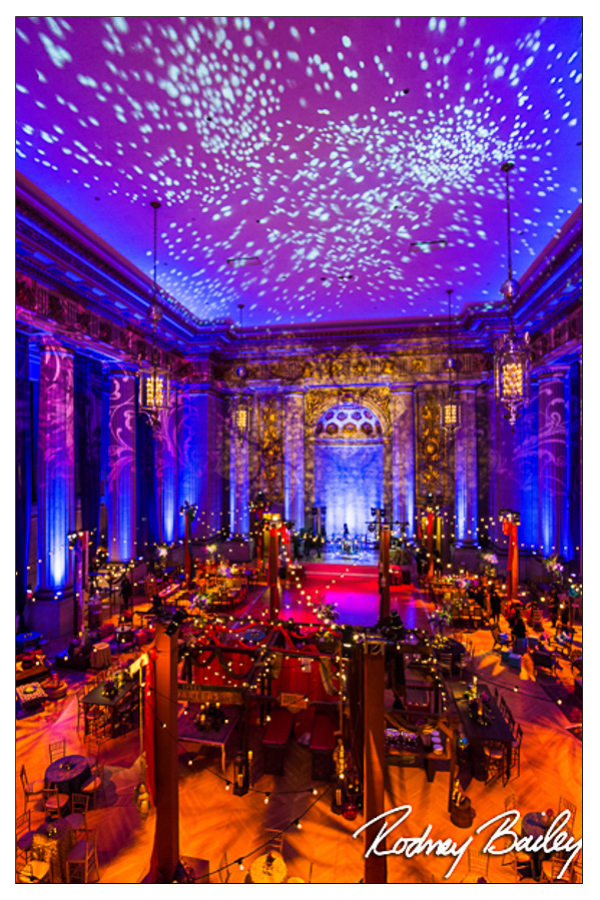 The Mellon Auditorium makes an amazing setting for wedding photography.